Carnegie Investment Bank AB (publ) (”Carnegie”) has today notified Ovzon AB (publ) (”Ovzon” or the “Company”) that the over-allotment option has been exercised in full and that the stabilisation period has ended. By reason of this, the Company’s board of directors has resolved on a directed share issue by power of authorisation.

In connection with the listing of Ovzon’s shares on Nasdaq First North Premier (the ”Offering”), Ovzon has issued an option to Carnegie to acquire an additional maximum of 696,428 shares from the Company at the price in the Offering to cover over-allotment of shares in the Offering.

Carnegie has today, in its capacity of stabilising agent in the Offering, exercised the over-allotment option in full. By reason of this, Ovzon’s board of directors has today resolved to issue 696,428 shares to Carnegie in a directed share issue, by power of authorisation.

The Company will thereby receive additional proceeds of approximately SEK 49 million, which means that the Company has received approximately SEK 238 million in total through the Offering, before issue costs. Following registration of the new shares issued as part of the over-allotment option, the number of shares and votes in the Company will amount to 8,396,399. The subscription price for the new shares is SEK 70 per share, corresponding to the subscription price in the Offering.

No stabilisation has occurred since the listing and by reason of the Company’s share price development Carnegie has decided to end the stabilisation period.

The over-allotment option was issued to enable stabilising measures during the first 30 days following the listing of the Company’s shares. As the share price development has been positive and stable, no stabilising measures have been required and Carnegie has today resolved to end the stabilisation period.

Pursuant to the authority granted by the annual general meeting held on 25 April 2018, the board has resolved to carry out a directed share issue of 696,428 shares, entailing an increase in the share capital of SEK 69,642.8. Right to subscribe for the new shares shall vest in Carnegie Investment Bank AB (publ). For the 696,428 shares, SEK 48,749,960 shall be paid in cash. Subscription and payment for the new shares shall take place no later than 11 June 2018. The board is entitled to extend the subscription period and the time for payment of the shares. The new shares entitle the holder to a dividend as from the date on which the shares are entered in the share register.

This information is such that Ovzon AB (publ) is obliged to disclose pursuant to the EU Market Abuse Regulation. The information was released for public disclosure, through the agency of the contact persons above, on 11 June 2018 at 6.00 p.m (CET).

Ovzon is headquartered in Solna, Sweden and has offices in Tampa, FL and Bethesda, MD in the United States. The Ovzon share is listed on Nasdaq First North Premier and Ovzon has FNCA Sweden AB appointed as Certified Adviser. 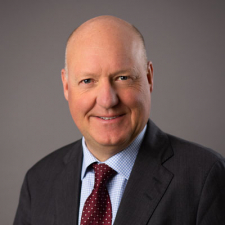 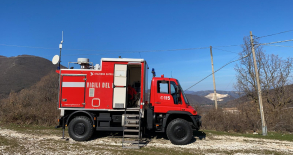