In an important step towards growing its satellite service offering, Ovzon has entered into an agreement with SpaceX for launch of Ovzon’s first GEO satellite. The launch is expected to take place no earlier than Q4 2020. The next step for the company is to finalize the procurement of the satellites.

Per Wahlberg, CEO Ovzon said; “Contracting the launch supplier of our first Ovzon satellite is an important and exciting step for our company. SpaceX offered a very competitive solution with the Falcon Heavy launch vehicle which will gain us access to space in a timely and reliable manner. The satellite is expected to be launched no earlier than Q4 2020. The procurement of the satellites is now also in the final stage. Earlier this month we ordered and started the manufacturing of the first Ovzon On-Board-Processor (OBP), one of the most advanced of its type. We therefore continue to work towards our goal of revolutionizing mobile broadband via satellite by offering the highest data-rates through the smallest terminals”.

“We are honored that Ovzon has chosen SpaceX to launch the first of its satellites,” said SpaceX’s President and COO, Gwynne Shotwell. “We look forward to working closely on the execution of this important direct-to-GEO mission.”

The agreement is subject to certain contingencies and mutual termination clauses.

Ovzon is a provider of a satellite-based mobility broadband services, targeting end-markets and users in need of high data speeds combined with mobility. Applications include real-time sensor and video upload, either from moving or highly mobile platforms, including small vehicles, small aircraft or UAVs, or transmissions directly from on-site staff holding the terminals and transmitting on-the-go. Ovzon is headquartered in Solna, Sweden and has offices in Tampa, FL and Bethesda, MD in the United States. Ovzon is listed on Nasdaq First North Premier. FNCA Sweden AB is the company’s Certified Adviser.

SpaceX designs, manufactures and launches advanced rockets and spacecraft. The company was founded in 2002 by Elon Musk to revolutionize space technology, with the ultimate goal of enabling people to live on other planets. Headquartered in Hawthorne, California, SpaceX has more than 6,000 employees nationwide and operates launch facilities at Cape Canaveral Air Force Station and Kennedy Space Center in Florida, and Vandenberg Air Force Base in California. 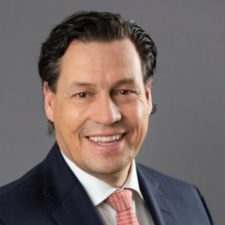 What is space debris?...