What is space debris?

Space debris is all the non-functional artificial objects – including fragments and components of these objects – that are orbiting the Earth or re-entering the atmosphere.

For Ovzon, producing satellites that do not contribute to the debris orbiting Earth has been important from the very beginning. The company’s small, specially built satellites are designed, manufactured and tested to safely disappear far away in geostationary orbit, 36,000 kilometers from Earth. Starting with the launch of its first proprietary satellite, Ovzon will continually monitor its health and status to detect faults that could have a negative impact on waste management.

Ovzon complies with the Swedish Space Activities Act, and all the company’s partners for satellite manufacture, launch and operation comply with the Space Debris Mitigation Guidelines from the Inter-Agency Space Debris Coordination Committee (IADC). The regulations describe how space debris is to be avoided, minimized and managed internationally. Ovzon is also a member
of the Satellite Industry Association (SIA), which works for responsible operations in space and ensures future accessibility to space.

Ovzon will work to minimize the impact of its operations to the greatest possible extent and always choose the most environmentally friendly alternative. The company oper- ates on the principle of replacing all bad and outdated technology with more energy-efficient and climate-smart technology. According to the EU waste hierarchy, the tech- nology to be scrapped must be re-used to the greatest extent possible, or otherwise recycled. The company’s emissions must continually be reduced, and internal environmental initiatives must be conducted in order to continually develop operations.

Back to Knowledge center 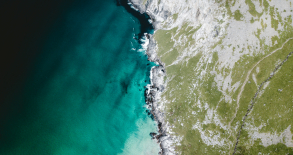 Our skilled application engineers are waiting to hear from you to help with your needs for solutions for high throughput, highly mobile satellite communications.

Fill out the form below